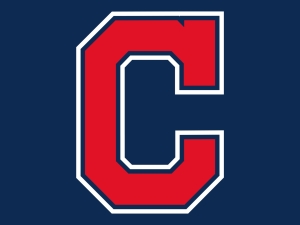 Mark passed unexpectedly at his home in Bay Village, OH Sunday morning February 16, 2020. While he had major back surgery earlier last year, he was steadily recovering and was back to work and indeed had business travel plans for the coming weeks. He is survived by his wife of almost 41 years, Carol Borocz, and their four children Emily, Trevor, David (all of Bay Village, OH) and son Lee who is teaching and working on his PhD. at Johns Hopkins in Baltimore. Mark is also survived by one sister Marcia Jean Binkley of Wilkesboro, North Carolina and one brother Eric Roe Johnson of Mount Juliet, Tennessee and is preceded in death by his parents Paul and Eileen Johnson and his youngest brother David McCleery Johnson. He is also survived by five cousins and three nieces and three nephews along with numerous extended family cousins, friends and colleagues. Please keep all of us in your prayers as we grieve the loss and celebrate the life of our dear family member and friend.

Mark grew up in the Old Brooklyn area of Cleveland Ohio near Parma. In the late sixties-early seventies he attended for 3 years the Ivy League College Prep School, Stony Brook in New York, he then graduated in 1973 from Lutheran West in Rocky River, OH. He then went on to receive training and a degree in emergency medicine from Cuyahoga Community College and worked ever since then in the first responder field of medicine, carrying on the family medical legacy of his RN mother and MD grandfather. He was employed for many years at the Cleveland Clinic, leaving to help form a couple of training companies to instruct corporate & institutional client staff First Responders. For the past 25 years he has operated his own business, Emergency Medical Training Associates, conducting seminars for public organization and institutional staff in CPR, first aid techniques, workplace safety and OSHA compliance all over the Great Lakes region.

Mark was deeply involved in BSA Scouting for many years, being blessed to have his dad as his first BSA Scoutmaster at Troop 34 in the '60s. As his sons became of scouting age, Mark went on to be a Cubmaster of Pack 729 and then a Scoutmaster of troop 729 for over two decades. He will be sorely missed in the BSA Greater Cleveland/Lake Erie Council scouting community where he received their highest volunteer honor recognition the Silver Beaver Award.

Two of the many things that Mark held dear, were his faith in the Lord Jesus Christ and being a lifelong Cleveland area resident, allegiance to the region’s professional sports teams. Mark grew up in a Presbyterian and Baptist Family Church tradition and was formerly a part of the faith community at Saint Barnabas Episcopal Church just down the street from his home. He followed all the professional sports teams in the area but was particularly attached to the Tribe and the Dog Pound. He was always ready to have an extended discussion with anybody about their ups and downs and striving towards championship opportunities.

At home Mark enjoyed being out on the back patio manning the grill and barbecuing while listening to Indian and Browns games on the radio and watching the wildlife, which included deer, owls and eagles, in the back part of his and Carol's property.

Mark's cousin John Redding said before he died a few years back, "The wall between this life and the next is paper thin, and we walk alongside it all the time, never realizing how close we are." They both would encourage you to be keenly aware of that, letting your family and friends know regularly that you love and care for them.

Mark did that in quiet, personal ways all the time and is greatly missed.

A Memorial Service will be held Saturday April 4, 2020 at

To send flowers to the family or plant a tree in memory of Mark Hawthorne Johnson, please visit our floral store.