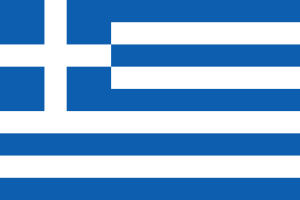 Peter passed away on Saturday, September 7th with his wife, Maria, by his side.

Pete was born on December 4th 1933 in Mavria, Arcadia, Greece

to Demetrios and Kiriaki (Marinis) Bozas.

In October of 1966, Pete arrived in the United States with his pregnant wife for a better life for him and his future family.

Through Pete’s persistence, he worked as a general laborer at various manufacturing plants and

invested in real estate to provide for his family.  His generosity and compassion for others was very well known

throughout the community.  Pete also volunteered much of his time at Annunciation Greek Orthodox Church

in Cleveland as a board member.

Peter is survived by his wife Maria and his children Helen (Marrion) Demore,

Demetrios (Monica Ewanko) and Kyriakos along with his grandson Peter;  by his siblings, Yiannis, Nikolas (Christoula),

He was preceded in death by his brother Theodoris; brother in-laws, Bill Theodore and Kosta Theodoropoulos

Funeral services will be held at the Annunciation Greek Orthodox Church

Online tributes and condolences may be viewed or expressed at clcfuneralhome.com

To send flowers to the family or plant a tree in memory of Peter (Panagioti) Bozas, please visit our floral store.